Spousal assaults, Can we please take this seriously? 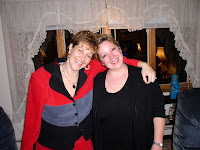 The Victims, Denise Richardson and Louisa Rodas in happier times.

From Betty Jean: -
This is George Hartwig- In June he took a hammer to my 88 Lb. daughter's head for her pills. Monday Night he came looking for me - to blow my head off because I would not let him near my daughter . He found instead my other daughter and shot her in the head - My son and grandson stopped him just as he was about to blow denise's head off. His plan was to masacre the entire family that night! he has a 23 year history of vilolence.

Domestic violence is a silent crime that lingers among us as a festering sore that few want to talk about. I see figures from time to time some of which I hope are exaggerated, but who really knows? It seems to be a thing many of the victims keep quiet about, possibly out of fear of retaliation if the authorities don’t take it seriously, and there seems to be ample evidence that this is the case, as seen below.

The cases that make it to the papers or the media are only the tip of the iceberg, the ones that are so truly shocking or sensational as to make them newsworthy. At least one family member has to be killed, preferably two, or a child maimed to make us sit up and take notice.

I have had difficulty in posting on this crime, as its not just a report in the paper where some people somewhere have had the situation get out of control after the authorities have inadequately responded in the past, where you tend to say the appropriate thing and move on as you don’t know them. This time it is someone I have had regular contact with for a reasonable time and have grown to respect deeply. Betty Jean Kling is a founder of the women’s political group PUMA, sends out her regular newsletters “Free Me Now,” and has shown a strength of character few men can match.

It defies belief that a crime that would normally be taken very seriously if the perpetrator and the victim were strangers or just friends is not treated with the same degree of seriousness if the two are married or were married at some stage.

If a stranger were to enter the bedroom of a female terminal cancer victim, and attack her with a hammer to the head in order to steal her pain medication we all agree that he should go down for a few years at least, right. Only if he was her husband or former husband, could he cop a plea and be out in three months.

So what the hell is the reason for this?

Can anyone give me a serious reason that sounds even slightly plausible, why a wife or in this case an ex-wife being the victim lessens the seriousness of the crime?

Is there an ‘ownership’ angle to this in the law?

Here is Betty Jean on the subject: -

Slap em on the wrist till they blow her brains out

Louisa’s law Maybe? Keep the offenders away from these women not drive the women into shelters and away from their homes.

Do you have any idea how many women get their brains blown out daily in this country because we are too damned easy on men who abuse women? They abuse their wives and their families and the major reason they continue to do is because women have so little protection and because they are slapped on the wrist - they keep getting away with it till they finally blow someone’s brains out then they land in jail where a lot of them should have been kept in the first place.

Better yet - the first time they started to show disrespect for women and girls if we stood our ground- maybe it wouldn’t be a joke that that leaves me tonight looking at two daughters battling for their very lives! One from Cancer and the other from the gunshot wound to the head from the 23 year abuser who was left to become worse and worse till he finally became a would be murderer! ….

Just On June 16th 2008 this man attacked my sleeping cancer patient daughter with a hammer to the skull for her pain drugs. He spent 3 months in Jail then pled guilty to a lesser charge and they let him out ROR, and it ended up with her sister Louisa my youngest daughter’s brains on the living room wall last night! …..

A clearer picture emerges from the police report into this crime.

Investigation revealed that George Hartwig was involved in a domestic dispute earlier in the day with his wife, Denise Richardson, of 540 Main Street, Lodi. The two had a minor argument and Hartwig was forced to leave the residence by Mrs. Richardson’s mother, Betty Jean Kling, who was also present.

At approximately 8:40 pm, George Hartwig returned to 540 Main Street with a loaded shotgun. When Hartwig arrived, he began arguing with Louisa Rodas s, who is identified as the sister of Denise Richardson. Ms. Rodas managed to call her son and her brother during the dispute. As a result of the argument, Hartwig shot Rodas in the head.

Denise Richardson, who was the only other person in the residence at the time of the shooting, was unharmed. Ms. Richardson was able to call 911 and the Lodi Police responded. However, Mark Richardson and Tom Richardson arrived prior to the police and encountered Hartwig who was still in possession with the shotgun. Hartwig was subdued until Lodi Police arrived on the scene.

Louisa was there to care for her sister.
Update; Betty Jean can be heard giving the background to this here.