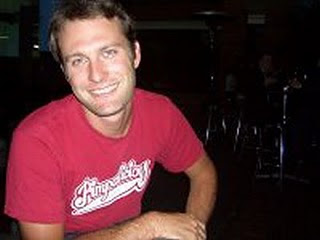 Jasper Schuringa, a Dutch film director appears to be the hero of the Christmas Day attempted terrorist attack on Northwest Flight 253. He was seated in the same row as the terrorist but on the other side of the aircraft, and saw what looked like an object on fire in the suspect’s lap and “freaked,” he told CNN.
“Without any hesitation, I just jumped over all the seats,” Mr. Schuringa said, in an account confirmed by other passengers. “I was thinking, oh, he’s trying to blow up the plane. I was trying to search his body for any explosive. I took some kind of object that was already melting and smoking, and I tried to put out the fire and when I did that I was also restraining the suspect.” “I just jumped. I didn’t think. I went over there and tried to save the plane.”

He was then assisted by flight crew and other passengers in putting out the flames and dragging the perpetrator to the front of the aircraft where he was handcuffed and held.

Dutch Member of Parliament and PVV leader Geert Wilders called Jasper Schuringa a hero for saving the Delta flight. "He deserves a royal honor." Wilders says he will ask the Dutch government to award such grant. Schuringa is already hailed in the American media as a hero so such an action from the Dutch government would be fitting even if it arouses anger from extremists.

This seems to imitate what occurred before Christmas in 2001, when an Islamic zealot tried to ignite plastic explosives hidden in his shoe on a trans-Atlantic flight and was overpowered by fellow passengers. United Airlines Flight 93 on 9/11 is another example of decisive action by passengers ending a terrorist attack. Regrettably the plane crashed, killing them but they prevented the hijackers carrying out their mission.

The heroic action of otherwise ordinary people will always be a serious encumbrance to those who seek to harm the innocent. Evildoers are drawn to situations where the authorities are not likely to be present to hamper them. Be there as much security as can be placed in the way of these terrorists, the last line of defense will always be the unassuming guy who when he finds himself in the face of danger, charges into harms way.

The (Dutch) National Coordinator for Counterterrorism (NCTb) says that an initial investigation has revealed that Mr. Mutallab did pass through a security checkpoint when he changed planes but security officials did not find anything untoward. The NCTb says all procedures were followed correctly.

Geert Wilders is the leader of the Dutch Freedom Party. The PVV is pro-free market, and pro-civil liberties, yet stridently opposed to Islamization of Europe. Wilders is currently well ahead in polling to be next President of the Netherlands.