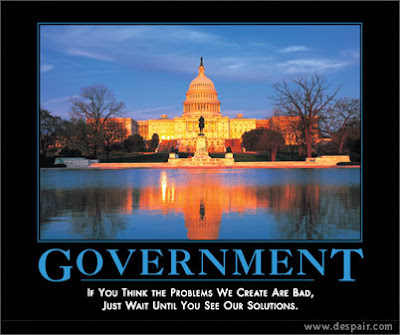 The National Party deserve credit for their strong stance on the ration and tax (RAT) scheme on emissions, however the surrender on the issue of alternative energy is a disappointment.

Alternative energy will find its place in the market for power if and when it becomes viable in its own right, but until that time only deserves to be a product for the niche market aimed at those whose concerns are such that they feel the need to use it and feel good about paying the full cost of doing so. At such a time as there is sufficient popular demand for it entrepreneurs will be happy to supply all of the alternative energy the market wants as long as it is economically viable.

Regrettably the coalition has seen fit to join the government in ramming a social engineering exercise down our necks by mandating the use of alternative energy, viable or not. In doing so they are risking massive distortions in the economy, both now and in the future by forcing us to use systems based on what we have now in an evolving technology disregarding the potential for currently theoretical technology to be more efficient.

The whole idea becomes ridiculous, when the use of such clean and valuable sources as hydro and nuclear are unable to come into the equation for the simple reason that the environmental lobby that this is supposed to please, consider them to be uncool. Enel in Italy is currently building a hydrogen fueled power plant, yet this is not a considered option.

The following is an extract from a letter that was forwarded to me and puts the whole thing into perspective:

It is now widely agreed—even among the proponents of AGW—that the observed global warming for the last half of the 20th century amounted to about 0.7°C.  (There has been a slight reduction in observed global temperature since 1998).

The human-generated CO2 would account for 12 mm.  Australia's human contribution: 0.18 mm—less than the thickness of a human hair.

We will leave it to you to work out how much our 0.18 mm would have contributed to the 0.7° temperature rise, even if the AGW hypotheses had been proven.

It is high time our representatives stopped listening to the rabid zealots of the environmental movement, who seem to regard every aspect of human activity as subject to their self righteous judgmentalism, and would seek to have all of our lives controlled to the point that we fit their image of what they would have us be.

My message to all of you, and especially those guilt ridden souls who have fallen under the influence of the drab grey messengers of doom from the greens, the left, the right, and all those followers of bizarre lines of thought that lead down the road to authoritarianism, is:

It’s OK to feel good about yourself.