Allan Ramsay on politics: “it's Pavlovian.” 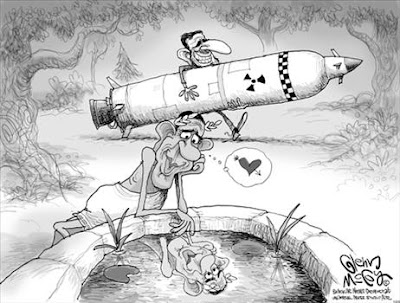 Alan Ramsey was a longstanding member of the Parliamentary Press Gallery from 1966 pretty much forever. Interviewed on the 7:30 report he had some rather unflattering things to say about our politicians. He has recently written a book called “A Matter of Opinion,” recounting this career.

According to the presenter, “There was one career interruption when Ramsey was hauled back to Sydney for a suitable penance after calling then Prime Minister John Gorton a liar from the gallery.”

This is about Australian Politicians and rings true from my observations and rings bells as to my reading of overseas polys:

Alan Ramsey, I'd like to start with the big changes that you've seen in politics over the 40-plus years, in the nature of how the game is played.

The growth of MPs entitlements and staff. Every backbencher used to have one staffer. Mick Young, when he was in the Whitlam Government, gave them two. The Keating Government gave them three. The Howard Government gave them four. And it's all about moving the cost of getting elected from the political parties onto the back of taxpayers.

KERRY O'BRIEN: Have you worked out the number of people at Parliament houses when the House is sitting?

ALAN RAMSEY: They were much more representative of the Australian community in the earlier years, they really were. They didn't come with their university degrees and they didn't come out of ministerial offices. They really did come from the community at large - the great majority of them.

Not anymore. It's a real - it's a career path now. We don't have two separate political parties; we just have two groups of people who represent political careers. The Labor Party, to all intents and purposes to what it was, up until relatively recently, is dead.

They all have their messages. It's all about - it's all about, I don't know, it's this dreadful daily sludge that goes on, whether in Parliament or out of Parliament. They're not real people anymore! They're just not!

KERRY O'BRIEN: Do you find that they're more controlled from the top?

You know, it's Pavlovian, all the time, little puppies, running around, saying the same thing, barking the same bark. It really is, it's just a - it's - and in Parliament, it's the same. Parliament has become - well it's indescribable.

KERRY O'BRIEN: What about the press gallery? Describe the gallery that you first came to and compare it to today.

ALAN RAMSEY: All blokes, except one woman, on woman, and in a junior capacity. Been here forever. Most of the senior people had been here forever. And new, younger blokes were just starting to take over the so-called head of bureau and whatnot.

Much younger blokes started to take over, but people who stayed more than just five minutes. It wasn't just a production line of journalists - come in, do your 12 months or your 18 months or whatever and fiddle off to something else.

There aren't all that many stayers anymore, and I sometimes wonder because the news management that goes on by the political parties is so awful, so ingrained, but sweeps them all up. They all operate on a 24-hour basis. Nothing happened before 24 hours ago, and nothing - they don't look any further forward than the next 24 hours. And it's all...

KERRY O'BRIEN: So what's the end result of all of that?

ALAN RAMSEY: Oh, the same sludge I was talking about, you know, in terms of what happens in the Parliament. It happens in the media. I mean the press, so far as the political process is concerned, are parasites. I mean we feed off it.

They always have done. That's no different. It's just a very blunt word to use. But it is so much worse. And don't get on the drip with the Prime Minister's office. I mean they freeze you out. This mob in their now, they know how to run their PR and they do it very, very well. Every bit as well as John Howard did.

ALAN RAMSEY: It's lost tenure. It lost its tenure. It ceased to be an apolitical public service. They know where their bread and butter is. Howard made sure of that - put them on contracts. Essentially, in one fell swoop, got a direction through the Remuneration Tribunal that increased their salaries enormously - I mean, the heads of department. And they run the department - everybody else takes their lead from it. The Rudd Government runs exactly the same sort of public service. It's no freer, no more independent than was the one that Howard created. That's gonna be his lasting legacy - it really is. ….

KERRY O'BRIEN: That time you spent in a political office with Bill Hayden, did that change your view of politics and politicians when you returned to journalism?

KERRY O'BRIEN: In what way?

And I'll tell you what, you know, there's nothing that's particularly altruistic about what goes on there, ever.

KERRY O'BRIEN: But if one of those politicians were sitting here they would say, "But Alan, we believe that the policies we would formulate for this country are good for this country, so therefore it justifies the process."

ALAN RAMSEY: Mate, the bottom line of that is the line that was always used when I used to talk about these sort of things. They'd say, "Listen, don't you forget: our bastards are better than their bastards." ….

The full transcript is here.