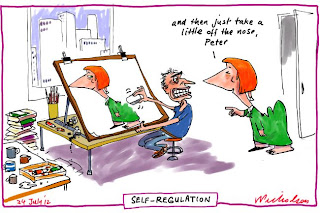 A free press is dependant on the age-old principle in free societies of freedom of speech. Such freedom like any other has to be absolute and unabridged otherwise it ceases to exist as any limitations on the right to state facts, even ones that are unpalatable to the government of the day, or opinions unliked by the powers that be, denies this right.

Media organizations have a responsibility to accurately pass on the facts, not because of any legislative requirement, but because the failure to do so will cause them to lose the trust of the viewing, reading, or listening public, the bread and butter of their income.

Since the Greens became a relevant force with the balance of power in the senate, they have been subjected to a great deal more media scrutiny, which they have come to resent. The hacking inquiry in the UK gave them their opportunity for revenge via their control of the Gillard government, which was happy to oblige with an inquiry into the need for press control.

Gillard has used the threat of legislative action against the press as a blunt instrument against stroppy editors, backsliding journalists, and radio ‘shock jocks’ in order to cut back on criticism. This was especially apparent in relation to the ‘Wilson affair’, which has been dispatched with extreme prejudice but continues to simmer under the surface:

When the media turns on a government it is not simply a case of journalists and editors suddenly deciding to change the government as some sort of good idea at the time. It happens because that government is performing so badly that there is little that is good to say about them. Any form of government control that prevents the press from doing their reporting in an objective manner will only serve to hasten the demise of the media that succumbs to that pressure.