Obama; “If you’ve got a business -- you didn’t build that” 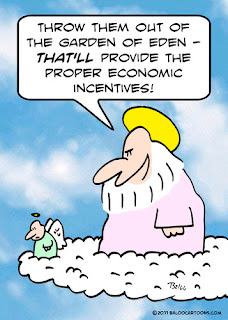 Over here in Australia it is sometimes difficult to assess whether we have the silliest leader in the world, or whether our cousins Stateside have that dubious honor. The trouble is that just when you are starting to think there could not be anyone so out of touch and batshit crazy as Gillard, President Obama drops another of his pearls of wisdom.

It would be nice to think that if Gillard thinks the same as the following statement from the President, she would be smart enough to keep it to herself but that probably flatters her:

If you were successful, somebody along the line gave you some help. There was a great teacher somewhere in your life. Somebody helped to create this unbelievable American system that we have that allowed you to thrive. Somebody invested in roads and bridges. If you’ve got a business -- you didn’t build that. Somebody else made that happen. The Internet didn’t get invented on its own. Government research created the Internet so that all the companies could make money off the Internet.

The point is, is that when we succeed, we succeed because of our individual initiative, but also because we do things together. There are some things, just like fighting fires, we don’t do on our own. I mean, imagine if everybody had their own fire service. That would be a hard way to organize fighting fires. …

So all these issues go back to that first campaign that I talked about, because everything has to do with how do we help middle-class families, working people, strivers, doers -- how do we help them succeed? How do we make sure that their hard work pays off? That’s what I've been thinking about the entire time I've been President.

So there you go again, thinking that all those sacrifices, hard work, long hours, saving and investing entitles you to consider that you have achieved something good if you succeed. According to the ideology of the administration, all you have achieved is to get a slice of the ‘cut and come again’ Magic Pudding. You probably had help carving it off and somebody else baked it (the government by the sound of it)

What’s more, it’s up to you to ‘give back’ (whatever that might mean) to maybe society or the collective or whatever.

It is clear from this statement that in the eyes of the President, his party, and those around him, individual initiative counts for little and the only reason people succeed, (not that there have been too many of those in the last three and a half years) is because of a collectivized society. Given the massive increase in red and green tape, rules and regulations as well as plain old state interference, anyone who succeeds these days, does so in spite of the government.

As for the question of helping people succeed, help the middle class, and ensuring their hard work pays off, it takes little thought. All he needs to do is stop confiscating their hard earned money to reward the Solyndra’s of the world and anyone with a good lobbyist and get the hell out of the way and watch it happen.