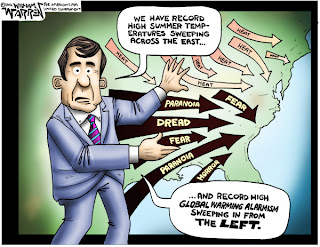 By Viv Forbes assisted by volunteer editors.
The Carbon Sense Coalition
We are told that the carbon tax will allow the market to determine how to best reduce the use of carbon fuels.

But we still have a thicket of bureaucratic rules, subsidies and mandates driving up the cost of electricity. This is not the market reacting to a simple tax.

If politicians were honest about reducing costs for Australian households and tax payers, four steps are required:

First, abolish all rules forcing electricity retailers to buy a mandated percentage of their power from expensive and unreliable sources such as wind and solar.

Second, abolish all rules forcing electricity retailers and consumers to pay above market prices for green energy, whether they want it or not.

Third, abolish the carbon tax and all the subsidies, compensation, exemptions and compliance costs associated with it. This money merry-go-round increases costs and taxes and achieves nothing useful.

Finally, boycott those shameless electricity retailers who have actively spread the green energy myths knowing that this will increase electricity prices while simultaneously requiring more gas back-up, thus benefitting their own gas interests.

Wind energy is also totally dependent on subsidies and market sharing mandates for survival. Here in Australia it is said that the union super funds have $3 billion invested in Pacific Hydro, almost 10 per cent of their entire portfolio. Pacific Hydro would collapse if the MRET scheme was repealed. Maybe that explains the strident support for wind subsidies in some quarters.
See this: and this: