The Economic State of the Nation. 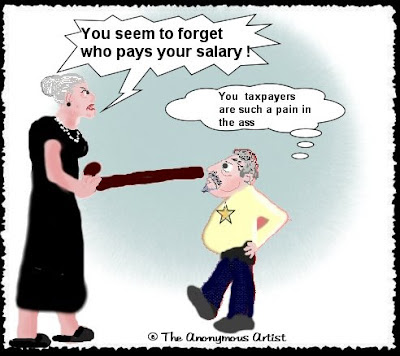 This was written as a letter to the editor by Ron, he has drawn the information for it from a larger article by Dr Muriel Newman, of the New Zealand Centre for Political Research.
In his new book, “The Economic State of the Nation”, Dr Roger Bowden, a N. Z. Professor of Economics N.Z., examines the theme that profligate government spending does more harm than good. Since 1999 the public service numbers have almost doubled.
His results paralleled many other studies from around the world that show that spending exceeds a critical level of GDP. In Colin Clark's essay titled Public Finances and Changes in the Value of Money, published in The Economic Journal December 1945, and in a later essay titled “Is Britain Heading For A Big Inflation?” published in The Manchester Guardian, September 18th, 1951, Clark asserted that “.... if the quota of the National Income claimed by the state reaches 25%, the tax burden involved cannot be supported, without such burdens generating inflationary pressures.”

The government has started taking over what was previously the responsibility of the individual, as spending reaches 35% of GDP.

Professor Bowden says: “Once started, managerial bureaucracy becomes a self-perpetuating virus. Like a swelling flood sweeps common sense from its path, and it becomes overlain with empire building, careerism and other supplementary agendas. Now the organization is being run by incompetent people, and their mistakes are no longer micro, they are mega.”

He has calculated that some 60 percent of the budget for public research funding is now gobbled up with administration costs. In the tertiary education sector, he reveals that for each coalface staff member who does the teaching and research, there are now two administrators.