First Endorsements in 2012 Election Represent a Better Future for the Republican Party. 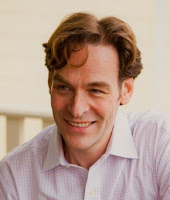 Dave Nalle of the RLC has just announced that organisation's first two Senate endorsements. Both appear to be good fiscal conservatives with reform agendas on taxation and a strong emphasis on private sector jobs.

The National Board of the Republican Liberty Caucus proudly announces its first two endorsements for the 2012 election cycle, selecting senatorial candidates Barry Hinckley of Rhode Island (top) and Brian K. Hill of Connecticut (below) as outstanding candidates for federal office who represent the principles of limited government and individual liberty to which the Republican Liberty Caucus is dedicated.

"They are dedicated to reform and to effectively representing the will of grassroots Republicans. I am confident that they will provide the same kind of outstanding leadership in the Senate that we are already seeing from our 2010 endorsees Mike Lee (UT) and Rand Paul (KY)."
"These are the kinds of leaders who will not give ground on fundamental principles and will hold both the Democrats and our own party leadership accountable for their failures," commented RLC Vice-Chairman Ed Lopez-Reyes. "They will roll back federal spending, help to end the cycle of uncontrolled debt and be strong advocates for the rights and interests of the people of their states."
Following on the election of more than two-dozen RLC endorsees to the House and Senate in 2010, the RLC has set a goal of doubling that number in the 2012 election. With a larger core of newly elected, principled representatives in Washington we can swing the debate away from the big government status quo and towards putting the best interests of the people first.
In 1774 John Adams wrote that the revolution had been completed "in the minds of the people" before conflict ever broke out, and we believe that a similar revolution in attitude is taking place in the United States today. The people are no longer content to sit idly by and accept the dictates of an out of control government. We are demanding better service and real accountability, and if we do not get it we will keep voting out complacent and unresponsive office holders until they get the message.
More information on the Barry Hinckley campaign can be found here.
More information on the Brian K. Hill campaign can be found here.