Some color coming into European politics.

One thing that we in the newer western democracies sadly lack is a bit of humor and color. While many of our politicians give us a good laugh on occasions, this is in the main, not the result of genuine humor, but crass stupidity. Apart from the odd humorist like Barnaby Joyce, they mostly cause outrage.

Not all Europeans promote the unsustainable nanny state with bloated entitlements destroying their economies. Some of them have introduced a really funny overtone to the mix. One of the notable ones is the Best Party, an Icelandic party started as a satirical exercise but which managed to attain the highest vote in the Reykjavík City Council election.

Best Party, was founded in 2009 by Jón Gnarr, an Icelandic actor, comedian and writer. The party has from the beginning admitted that it will not honour any of the promises given before elections.[5] It claims all other parties are secretly corrupt, so it promises to be openly corrupt. Among its original goals was to satirize common themes in Icelandic politics, partly by mimicking the standard phrases, idioms and jargon used by Icelandic politicians. Their theme song is a classic (with subtitles):

We are not so sure of the promise of a drug free parliament by 2020. Given the state of Australian politics serious consideration should be given to the possibility that it might be less costly, and less damaging to keep the lot of them stoned for the duration of their terms. 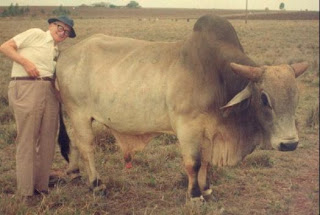 But in Europe, even the economists have a sense of humor. Here is Nobel Laureate, FA Hayek with a bull named Inflation which it was claimed never stopped growing. He is holding it by the balls in a humorous photo by Australian libertarian icon, the late Ron Kitching. It was intended to have Hayek sitting on the bull with the caption, “Hayek gets on top of Inflation,” but a compromise was reached after Mrs. Kitching objected. Full story here.

The latest dash of color comes from Austria, where the rash of Islamic immigration is causing social problems like much of the rest of Europe, and resulting in the formation and growing popularity of right wing parties. The Austrian Freedom Party, (FPO) has also a tendency towards smaller government and fiscal responsibility. It is currently leading in the polls for next years election.

Austrian Freedom Party leader Heinz Christian Strache goes by the alias "HC Strache" when he is in rap mode. This is one of his earliest videos from 2010 which put him on the map. In the lyrics he rants against Islamism, loose immigration, corrupt politicians and lazy welfare frauds. He may well be the next Austrian Chancellor: