GOP super committee should embrace the joy of failure.

For those not on WAR’s mailing list, here are his views on the actions of the Republicans on the Super Committee. 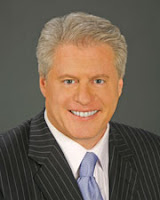 The Congressional "Super Committee" tasked with cutting the debt has failed. Good. Embrace the joy of failure. Sometimes failure works out for the best. Because in this case "failure" leads to the Holy Grail: $1.2 Trillion in forced spending cuts. That's the best thing that could have ever come out of this unconstitutional "Super Committee."

Congress is now forced to accept automatic across the board cuts to spending- including defense spending. This is what the GOP should have been aiming for from day one. Play out the clock and force $1.2 Trillion in spending cuts.

The GOP had the perfect campaign message tailor-made for a 2012 landslide. "The GOP stands for smaller government, lower taxes, less spending. Obama is for bigger government, higher taxes, more spending." The same simple clear contrast that led to a historic Tea Party landslide in 2010. All they had to do was play out the clock and let the spending cuts take effect.

Instead the GOP "super committee" members were so scared of actually forcing real, honest-to-goodness, spending cuts that they desperately tried all last week to compromise with Democrats. They practically begged Democrats to increase taxes on the wealthy (by taking away deductions). The GOP was anxious to sell out every small business owner, homeowner, and GOP contributor in America. Listen carefully- it was the GOP who offered a deal based on Obama's philosophy to punish successful Americans for their hard work, sacrifice, and financial risk-taking.

Republicans offered a deal to Democrats that included only slightly larger spending cuts versus tax increases. And guess where all the tax increases were aimed- at wealthy taxpayers. Even as GOP Presidential contenders lied to our faces during televised debates, all agreeing they would not even accept a deal of 10-to-1 spending cuts versus tax increases, the GOP Super Committee members attempted to sell out the entire conservative base for close to 1-to-1.

That is the reason I left the GOP during the Bush reign. Republicans talk a good Tea Party game about smaller government, tax cuts and spending cuts. But as far as actually carrying it out? Not so much. No sooner than the super committee fell apart, the GOP was screaming from the highest rooftops that they will block the automatic defense cuts. They have obviously received too many calls from defense contractor contributors.

This could be one of the most self-destructive game plans in political history. First, we need across-the-board spending cuts to save America from a fate like Greece or Italy. There is no way to cut the debt and avert an economic tragedy without cutting from every department of government- including defense.

Second, these "automatic spending cuts" aren't really even cuts. Not a dollar of today's defense spending will be cut. Not one General or Admiral will lose their job. All that's being cut is future increases in defense spending. If we can't agree on that, America is doomed.

Third, U.S. voters are looking for someone to show they have courage. If the GOP won't cut one dollar of future increases in defense spending, despite the pending insolvency of America, than how can we ever shame the Democrats into cutting domestic spending Social Security, Medicare, or Medicaid?

Lastly, how could the GOP be so ignorant of history? By compromising on taxes to get spending cuts, they would be cutting their own throats. Ask Ronald Reagan and George H.W. Bush. Both were lied to and fooled by Democrats who promised future spending cuts in return for tax increases, but never delivered. Worse, Reagan and Bush were forever more called "tax raisers" by Democrats. No conservative can ever win by raising taxes, stupid.

If the GOP members of the Super Committee had voted for not only "revenue increases"...but increases designed as punishment for wealthy taxpayers, the enthusiasm gap simply vanishes. By limiting the deductions of upper income taxpayers, you are raising taxes and punishing your own supporters and contributors- exactly what Obama wants you to do. Divide, demoralize, and conquer.

Has anyone in the GOP noticed what is happening in Europe? Greece and Italy are insolvent. Yet they have among the highest tax rates in the world. Higher taxes don't save the economy. High taxes don't lower debt. High taxes have destroyed the European economy. We need spending cuts, not "revenue increases."

Here's my message- from a Tea Party American and small business job creator. Embrace the failure of the unconstitutional super committee. Accept the automatic across the board spending cuts as a Christmas gift from the heavens. Stop considering compromises over taxes with Obama. If you accept the notion that the rich should be punished, stop calling Obama a socialist...because you're no better than Obama. With friends like that, who needs enemies?

Compromising with Obama to wreck the finances of your own supporters is only going to kill the enthusiasm of your own base, and get you defeated just like George H.W. Bush.

One last message to the GOP- Grow a spine.