Is the CIS calling for compulsory voting? 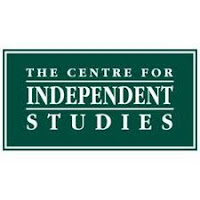 The Centre for Independent Studies (CIS) is described in their own ‘about’ section as, “the leading independent public policy 'think tank' within Australasia. The CIS is actively engaged in supporting a free enterprise economy and a free society under limited government where individuals can prosper and fully develop their talents.” Wikipedia refers to it as “… a libertarian think tank founded in April 1976 by Executive Director Greg Lindsay.”

It seems odd for their correspondent James Allen writing on the NZ elections to claim:

And did I mention the awful voter turnout? It was the lowest since the end of the nineteenth century at 73% of the registered voters but only 68% of eligible voters. If you want a buttressing argument for compulsory voting, just look at voting trends in countries where voting is voluntary. New Zealand used to be amongst the best of all of those. Not so much now.

The general rule in a democratic society is that every responsible adult has the right to vote. This tends to get confused in places like Australia, where our right has been determined to be so important that the state has made it compulsory, thus it is illegal not to vote unless you have a damn good excuse. It is fairly typical statist thinking to assume that compulsion equates to rights, but in reality compelling the unwilling is as bad as denying the right of those who wish to do so.

The New Zealand Electoral Commission (or whatever name they call it over there) seems to have gone to considerable lengths to ensure that anybody who wished to participate had a chance to do so. There were a large number of polling places where six or less votes were cast, which indicates that they possibly went a bit overboard on this. This indicates that those who failed to vote probably didn’t wish to.

It is difficult to see any merit at all in forcing people to vote against their wishes and much to indicate that it is a silly idea. It might increase the donkey vote, which is pointless. There are no figures available at present on the informal vote cast, but it is fair to assume it is less than we have here.

While the writer seems to be regretting that the conservatives did not get a larger proportion of the seats, it is arguable as to whether compulsory voting would change this. The idea that Nationals voters, realizing that they were going to win handsomely, didn’t think they would bother making the effort can be reasonably balanced against the possibility that Labor were so ‘on the nose’ that many of their usual voters couldn’t be bothered supporting them.

By having voting as a voluntary exercise, it is made reasonably certain that those who choose to exercise their right to do so, are those in society who care enough to acquaint themselves with the issues and make a rational choice. If the policy of “Ve haf vays of making you vote” were adopted, the result would be less representative of the deserved outcome.