Back to the Dark Ages

"Senate passes Carbon Tax". We have lost a battle but, with your help, we will win the war. 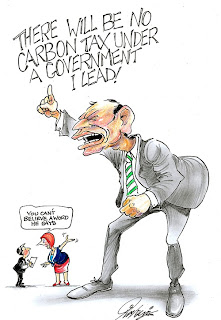 From Viv Forbes, Chairman,
The Carbon Sense Coalition
The passage of the carbon tax bills today is no reason for celebration. It is a step back towards the dark ages.

Just a few generations ago, humans lived in a "green" world. There was no coal, oil or gas providing light, heat, transport and traction power.

In this green utopia, wood provided heat for cooking fires and forests were felled for charcoal for primitive metallurgy; farmers used wooden ploughs and harvested grain with sickles and flails; the nights were lit using candles and whale oil; rich people used wind and water power to grind cereals; horses and bullocks moved coaches, wagons and troops; there was no refrigeration and salt was the only preservative for meat.

Towns were tiny as the whole family was needed to work the farm. For most people, the daylight hours were filled with heavy labour to produce, preserve and transport food. There was no surplus to support opera, bureaucracy or academia.

Humanity was relieved from this life of unrelenting toil by carbon energy – steam engines and electricity, machines, tractors, cars, ships and planes. Prosperity and longevity soared.

Today the pagan green religion celebrates the first step in their long campaign to destroy industrial society and reduce population.

They should be careful what they wish for.

For example, just a few more bitter winters in Britain will see their wind powered lights going out.

A British observer once said of the Whitlam government: "Any fool can bugger up Britain, but it takes real genius to bugger up Australia".

The Gillard-Green Government is showing the sort of genius needed to dim the lights in the lucky country.

UN IPCC – Serious Science or Green Activism?
For over two decades, the IPCC has told the world that man is causing dangerous global warming. It also claimed that all of its reports are based on peer reviewed scientific literature. However Canadian investigative journalist Donna Lamframboise documents a far different story in her new book -"The Delinquent Teenager" She found the IPCC riddled by activists relying on lots of magazine articles and press releases from activist organisations like World Wildlife Fund and Greenpeace. Listen to this report on her hard hitting new book:

Repeal the Carbon Tax? Yes We Can.
The Carbon Sense Coalition is supporting a rally being organised by The Consumers and Taxpayers Association (CATA). The rally will be held in Canberra at 12noon on 17 November 2011, the day President Obama is expected to be addressing Parliament with the world media present.   This rally will highlight the need to have this tax repealed.  Buses will be available again and please book now, details are on this web site: